What Is Flattened Expanded Metal ?

Expanded Metal is products that come out in one piece because they are produced by the method of extending sheets. Due to the production technique, it has a one-piece structure because of this,  it is more robust and long-lasting compared to many similar-looking products. 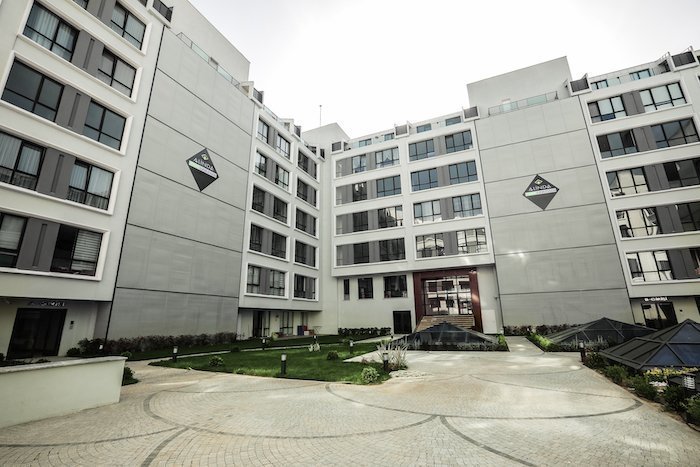 Flattened expanded metal is cold flattened metal that leaves a smooth, flat surface with diamond-shaped openings. During this process, the length of the sheet is usually extended by about five percent. After the expanded metal is flattened, the expanded sheet is then sent through a stabilizer to maintain its flatness references As a leading expanded metal supplier, ANB metal produces durable, cost effective , high quality and versatile expanded metal. This product is available in many material options, such as carbon steel, galvanized steel, aluminum and stainless steel.

What Are The Properties Of Flattened Expanded Metal ?

It has a durable structure.

It is extremely versatile.

Since flattened expanded metal is both economical and durable, this kind of metal is ideal for various metal applications such as machine protection. This some of the applications include:

Flattened expanded metal has a wide range of industrial applications. It is frequently used to by architects in the design of ornamental accents such as wall partitions or garage screening. Flattened expanded metal fabrications can also be incorporated into the design of fencing and security partitions. Additionally, it has many household applications, such as for outdoor/patio furniture.

Expanded sheets obtained by processing floor sheets or rolls are first drilled with the help of a machine. In this way, clear diamond patterns are formed, as can be seen references Expanded sheets can be in flattened and raised forms. Flattened sheets are flat, but raised sheets have wavy ridges references.

Expanded metal meshes is an advanced metal product accessory with U-edge. The edge parts are made more attractive and homogeneous. Attached to the edges of the product the metal can be U-shaped as well as L-shaped or square pipe strip. Cutting the layer of these products, which attracts attention with its sharp edges

There are also safety barriers around the edges. Carbon steel, stainless steel, aluminum and galvanized sheet products can also be produced.

Expanded metal creeps are useful for heavy special part washing applications. Unlike wire mesh, expanded metal is a single solid that is compressed and stretched; it is made of a material layer. Expanded tends to be stronger than wire mesh of the same thickness, as it is a single piece of material, and less welding references.

Comparison Of Expanded And Flattened Metals

In addition, flattened expanded metal sizes will vary depending on whether the cylinder is passed along the design's short path (SWD, narrow direction of diamond pattern) or long design path (LWD, wider, longer direction). diamond pattern).

How To Make Expanded Flattened Metal ?

The process of making expanded metal is relatively simple  and hasn't changed much since it was first invented. To form expanded metal, sheet metal is passed through a device called an “expansion machine”, similar to a plate rolling machine, but equipped with cutting edges that drill holes into the metal plate as it passes through the machine.

The sizes of holes in the Expanded Metal will vary depending on the size and shape of the cutting edges of the expanding machine. However, most of the diamond cut pattern they're common.

After passing through the expansion machine, the expanded metal mesh can either be used as is or cold to form the flattened expanded metal mesh it can be passed through the rolling process. The flattening process makes the wires and bonds of the expanded sheet metal wider and thinner  the flattened metal sheet; their exact dimensions can vary in ways that are difficult to predict accurately before flattening occurs.

What Is Cold Rolling ?

Rolling below the recrystallization temperature of the material is called cold rolling. Cold rolling, better diameter than hot rolled strips it is used for manufacturing strips with tolerance and a smooth surface.